Wish i was there

THE BACK DOOR TO ARGENTINA

Think about a bus stop in the remote Patagonia, a bus which allows you to easily cross the border between Chile and Argentina.

Think about a couple of backpackers that want you to join them in a crazy alternative, i.e. reaching somehow the end of the Carretera Austral, hitch-hiking or by any means available.

Think about the chance that, once crossed a lake on a boat, in one of the rare day of calm waters, you could cross the boarder by walk, starting a long and rough path in a no man’s land, an isolated and unguarded border.

Would you do it? Suddenly changing your plans, I mean.

Now think about yourself when you’ll be 74.

Think about the same path, with the same uncertainties, risks and probably with some more pain.

Would you do it?

Travelers, pioneers and sailors undertakings that have nourished the legend of Patagonia, as the theater of timeless adventures, are countless.

Starting from the commander Robert Fitz Roy, which led the expedition of the naturalist scientist Charles Darwin on the brig Beagle trying to map these harsh lands and the species that lived there, to the expedition of Magellano in the last hope channel, not mentioning the misadventures of the protagonists of the tales written by Chatwin, Sepulveda and Coloane. Last but not least, the epic trip made by Douglas Tompkins e Yvon Chouinard, founders of the outdoor brands North Face and Patagonia, which came to these remote lands from Alaska by van (recently told in the documentary 180 degrees south).

There is an off the beaten track trail which allows you to feel the same sensation of discovery, uncertainty and adventure, even if in a smaller scale.

I am talking of the chance to cross the border between Chile and Argentina by walk, passing through forests, rivers and mud, carrying your own backpack on your shoulders for more than 21 km, to reach El Chalten, the Argentinian capital of trekking, in the end.

Let’s see how in details.

Once you are in Villa O’Higgins, last town at the end of the Carretera Austral in this remote corner of the Chilean Patagonia, if you want to cross the border with Argentina and continue your trip, you have two options: going back to Puerto Rìo Tranquilo, on the lake General Carrera, and catch the first bus which will easily take you to the Argentinian town Perito Moreno (the town, not the glacier!). Or, way more adventurous, walking through the border (passing is allowed only between November and April).

Little step backwards: it was in Puerto Rìo Tranquilo that I met Christina, a traveler from USA, which didn’t know about this last option and suddenly decided to change her plans and join us!

Let’s go back to Villa O’Higgins. As I was saying, once here first of all you should get your supplies for the entire day, in terms of food and water, and get your own place on the boat that will make you reach Candelario Mancilla, after carrying straight along the southern Ice field. Here you will encounter the Chilean border’s authorities and deal with the customs procedures. I recommend to book the boat with the reliable agency Robinson Crusoe ((www.villahoggins.com).

Note: as every single transport mean in the Chilean Patagonia, you should be pay attention to the low number of the bus rides. The boat runs from one to three times per week, especially on Saturday and sometimes on Monday and Wednesday. But even if you should do it on time, that will be a certain rate of uncertainty, due to the weather: it is highly unpredictable and often the rides get cancelled because of it. But this is the beauty of Patagonia, a land where everything is ruled by nature, even man’s life!

The same nature becomes the scenery in our crossing, in a no man’s land, sometime astonishing, sometime harsh and filled with dangers.

Thick forests of plane trees and beeches, impenetrable at first sight, dense and dark, from which a few rays of sun come out of the blue. Fords and swollen rivers, so powerful and so scaring to be crossed on unstable trunks, making you improvise as a tightrope walker and balance the weight of your backpack to not fall down.

And again muddy trails, the only ones to be followed, that will make you wet up to the knees. The same knees that will be put under massive pressure on steep and rocky trails.

Then vegetation will become more and more thick and thorny. But at the moment you will be exhausted and with every ounce of your strength given it will suddenly appear. As a light at the end of the tunnel and as it was shaped a few minutes before. For the first time you will glance at the majestic Fitz Roy, the most important peak of Argentina and one of the most beautiful in the world.

The feeling of gratefulness once you will reach the Argentinian border and put the stamp on your passport will fill your heart.

But the wonder is not over: as looking at a gorgeous overlook from an open window, go through the wooden pier which faces the lake of the desert and let yourself be flooded by the astonishment and the peace of a magic place like this.

HOW OLD ARE YOU?

It often happened in many conversations I had, in so many different topics, from changing a job to starting again the studies and the will of make your dream trip becoming reality, that my interlocutors told about themselves as too old to make these wishes come true. As there was an only right age to do it and once lost the chance, you were forced to follow one and only path.

One of the many gifts that traveling gives to the ones who leave is that turns the tables of your beliefs.

Renata proved me that: a lively German retired nurse that solo traveled alone when she was 74 years old, starting an epic trip to discover the remote lands of the southern part of the world in Patagonia

Fearless she crossed this harsh path to reach El Chalten, hitch-hiking, hiking every possible trail, showing much effort and determination than most of us, a group made by people from 22 to 35 years.

With such a strong audacity and stubbornness, Renata carried her own bag (so heavy, I can assure you!) taking the risk to fall down in the freezing waters of the rivers at every moment and refusing any kind of help from everyone of us, just giving us the permission to use her Go Pro to make pictures on her behalf!

People of the kind of Renata make me even more conscious that there is no age that could be an obstacle to a strong will and a powerful desire.

What about you, which excuse do you still have to do it? Feel not old anymore, don’t you? 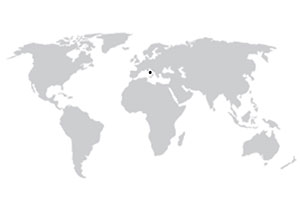 THE BACK DOOR TO ARGENTINA

extraordinary lives: from the office of a corporate to the end of the world, the story of nana. 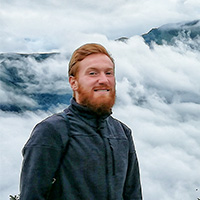 I'm Giuseppe, I come from Puglia, the heel of the Italian booth, and I love backpacking around the world. Traveling, wandering and discovering new places and cultures is what I love the most. Gazing astonishing landscapes, hearing new languages and meeting wild travelers, nothing could fascinate me more! Tips, itineraries, history and stories from the countries that I fell in love with, travel and travelers tales, this is what you will find in Wish I was there. Because for life is a journey through wilderness